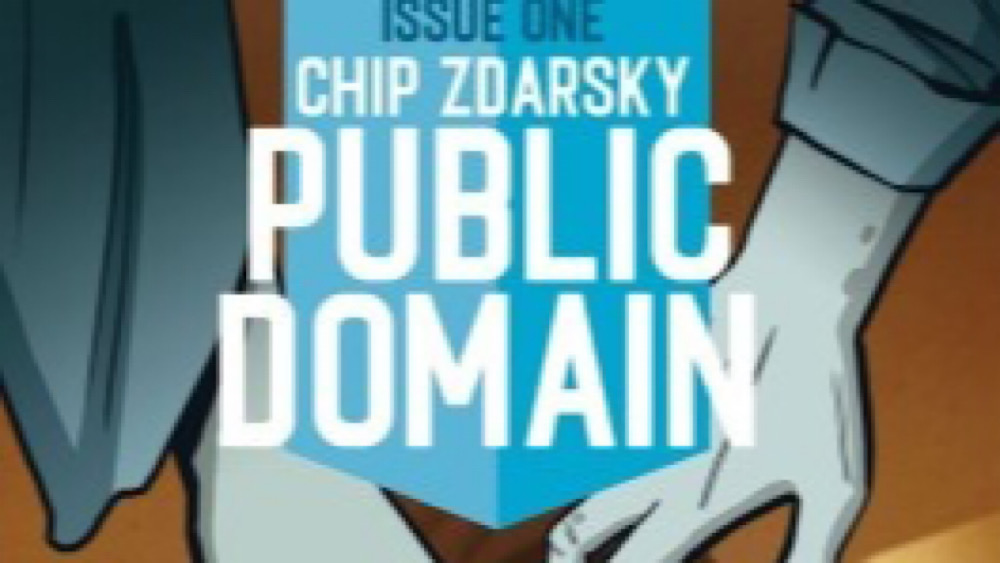 Chip Zdarsky is one of the most intriguing comic book authors to emerge in the last ten years or so. He has built a remarkable reputation as a creator who can mix humour, serious tones, and some dark themes into his work.  And his recent comic, Image Comics’ Public Domain, which he first showed in Substack, is another project of his that deserves a lot of interest and praise. But why is that? Let’s find out.

The story takes a lot of elements from the realities of the comic book industry and how it treats its creators in a less than fair manner: it tells the tale of The Domain, a character that has become extremely popular and successful, but while the writer has made a lot of money because of his creation, the artist hasn’t received any meaningful remuneration. The story also deals with the consequences that it has on the artist’s sons, with one going through a lot of personal problems and the other being a reporter that has a lot of resentment toward his dad’s creation.

The comic book deals with many ramifications of what is a common theme when it comes to creators’ rights in the industry and anybody that has followed real-life stories like Jack Kirby’s will understand where Zdarsky is coming from this tale. The real change in the story’s status quo comes when the characters meet at the premiere of the latest movie adaptation of The Domain and this can prove to be the catalyst for numerous things in the comic.

As an interesting fact, Zdarsky draws this comic, which is quite unusual because he doesn’t have a reputation as an artist, but he does a very decent job here which conveys what he is trying to express with each character and it is something tricky to achieve that. Plus, his art looks good from a bare perspective, so that is a plus. Not as good as an artist as a writer, but still quite decent.

Overall, a fascinating read and a fascinating premise that has the potential to explore a lot of different concepts, themes and lessons about the comic book industry and the creators that have been so important in developing these iconic properties that have entertained us for decades.