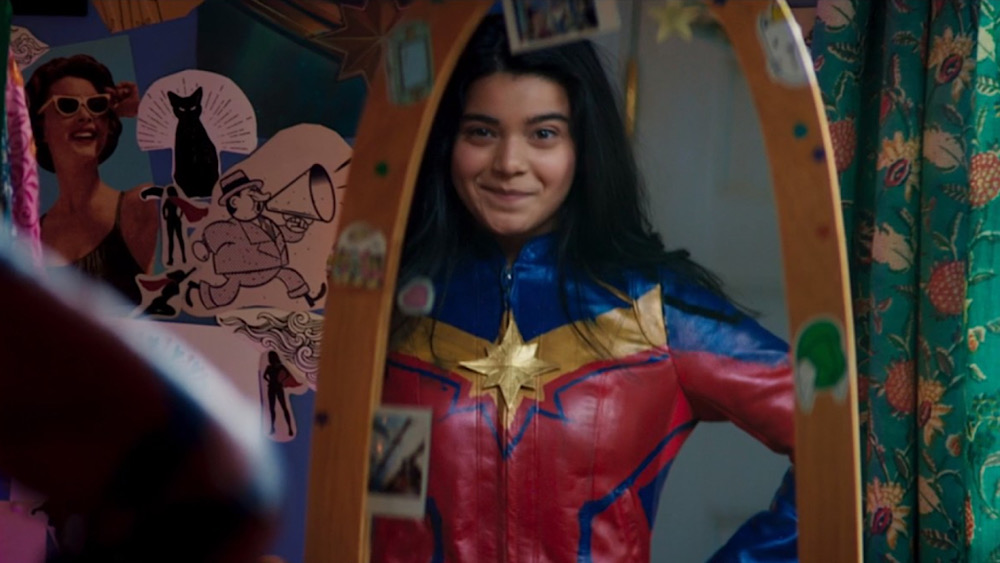 Kamala Khan, usually known by her superhero name of Ms. Marvel, has been one of the most popular characters to come out of Marvel Comics for the last ten years or so and she is now finally part of the Marvel Cinematic Universe with the release of her TV show on Disney+, Ms. Marvel.

What happened in that episode? Here’s everything you need to know about it.

The very first scene of the show sets the mood for the rest of the episode: we see Kamala doing a very interesting stop-motion video of Carol Danvers, also known as Captain Marvel, in the battle where she and the Avengers took down Thanos. Then we are introduced to Kamala’s family as they wish her good luck for her test for driver’s license, but things go horribly wrong as she crashes with the instructor’s actual car and her family comes to help her and blame said instructor for what happened.

Then we switch to school and we can see Kamala interacting with her best friends, Bruno Carrelli and Nakia Bahadir, while they discuss how they are going to go to AvengerCon. We also get glimpses of how Kamala is perceived in school as a lot of people give her weird looks and we get introduced to her bully, Zoe, who the former asks for a ride.

As all of this is happening, we also get to see the custom that Kamala has made for the AvengerCon, which is based off Captain Marvel’s outfit. Bruno suggests to her that the best way to go is to simply ask Kamala’s mother to go, but Kamala shuts the whole thing down, arguing that South Asians parents are very strict.

Kamala tries to talk to her parents and things go as she said, with them suggesting going with his father using a Hulk-like suit, but Kamala eventually decides to sneak out and go on her. She finds a bangle that used to belong to her grandmother and adds it to the suit, but when she decides to put it on during the con, she discovers that it has special powers.

The end of the episode is pretty much that, leaving a bit of a cliffhanger for the next couple of episodes, but things to be going in a very interesting direction and we are curious to know what direction they are going to take now.