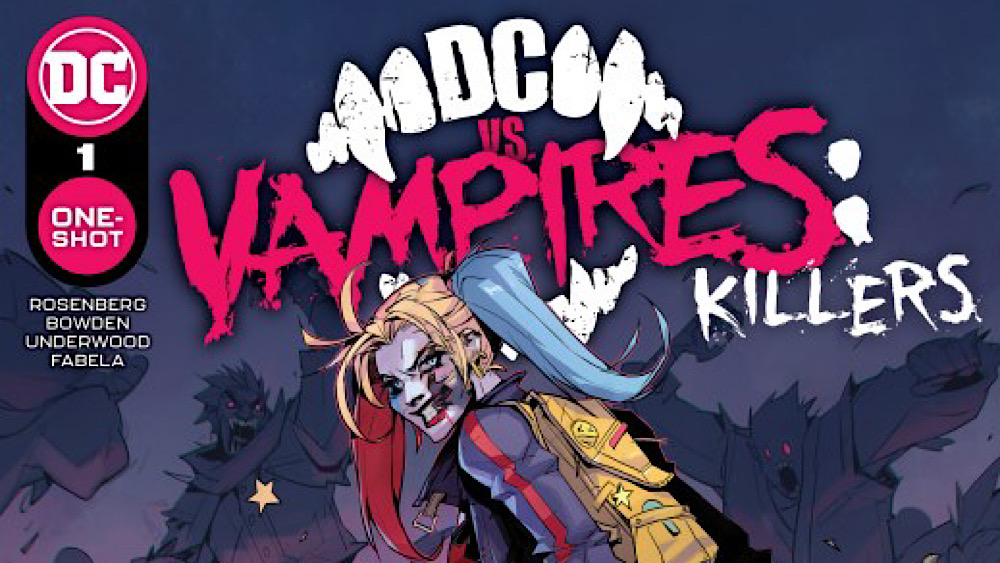 The DC vs. Vampire event has undoubtedly been an engaging experience, been looking forward to, especially with all the many plots, one-shots, and so on that have developed from the original series. While many comic book events tend to do that, the difference here is that we get some quality and the possibility to explore different themes and concepts. This time around we get to see the character of Harley Quinn having an essential role, and it is a very refreshing take on a character that has been overused in the last decade or so.

In a world where a horde of vampires has essentially taken over the world, many people, including the remaining superheroes and villains, are trying to find out what is going on. In the middle of the mayhem, Harley Quinn has managed to establish her small organization and oversees Gotham City’s underworld, hoping to become wealthy in the process. But all changes when Jim Gordon hands her a vial of Lex Luthor’s blood, which she must guard to aid the cause against the vampires because the blood can be used as a weapon against them.

Harley’s mission then is to take the vial of blood outside the city because she is the only one capable of doing that, which is why Gordon gave the mission to her. But as the story progresses, she starts going through a little moral conundrum because she doesn’t know if she should keep going with the mission or avoid it and benefit from something else. And that conflict is the main plot of the story.

This character has seen numerous interpretations and versions over the years. But this comic strives to give her an explicit personality and shows her at her most violent and wicked, albeit with those shades of gray that have always made Harley a very compelling character. This is the core of the storyline and where we get to see a lot of different sides of Harley Quinn.

This DC event has proven to be quite creative in many cases and it has spawned some fascinating one-shots and tie-ins, with this one being perhaps one of the finest Harley stories in recent years and adding a bit of hope to an otherwise very cynical storyline.