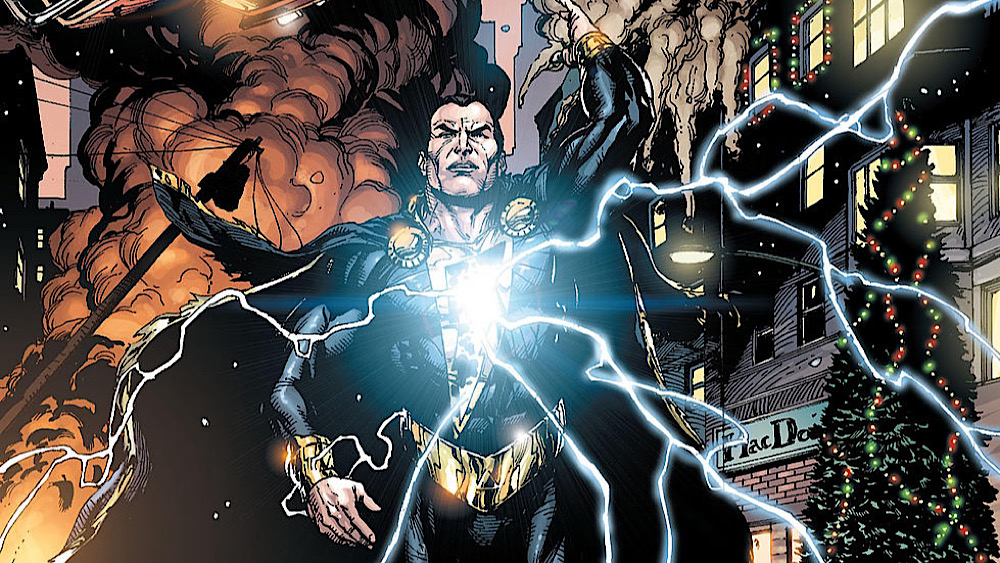 The upcoming Black Adam movie, starring The Rock as the title character, is set to put one of DC’s most complex characters in the spotlight of the mainstream for the first time. This recent miniseries, written by highly regarded comic book writer Christopher Priest, is meant to reintroduce the sometimes antihero, sometimes downright villain to the world.

The plot of this comic is straightforward: we are introduced to the character of Black Adam, who he is, the people he rules over and what his desires in this world are. Except for a slight reference to the Justice League early on, we are separated from the DC universe and we focus on the character of Theo Teth-Adam, Black Adam’s human counterpart, and what drives him when it comes to protecting his people. We learn more about political intrigue and power struggles, traits of every kind of empire in history.

The book revolves around the idea of who Black Adam is, his authority over the city of Kahndaq, and his beliefs, according to which he doesn’t give a damn about the outside world as long as his people are secure in their freedom. His attitude and perspectives are exhibited in the first couple of pages of the comic, where he makes a political speech, highlighting the matter-of-fact personality that Priest makes so clear. It is one of the best moments of the comic, and you can read it from the opening moments of the issue, which is very encouraging.

We are also introduced to the character of Malik White, who also happens to be the heir to Black Adam’s throne and Priest makes an effort in showing the contrast between the personalities of both characters. That is very clear when you consider that Malik is more empathetic and a lot more lighthearted than Black Adam, although with his fair share of gray tones, as is shown when he saves a white supremacist but makes a lot of emphasis on how  he could be destroyed with ease.

It is an intriguing read for DC comics fans and comic books fans as a whole, covering a lot of the elements that make Black Adam tick, his loneliness at the throne and the motivations that make him the way he is. One of the best comics of the year so far.