Beware the Eye of Odin #1 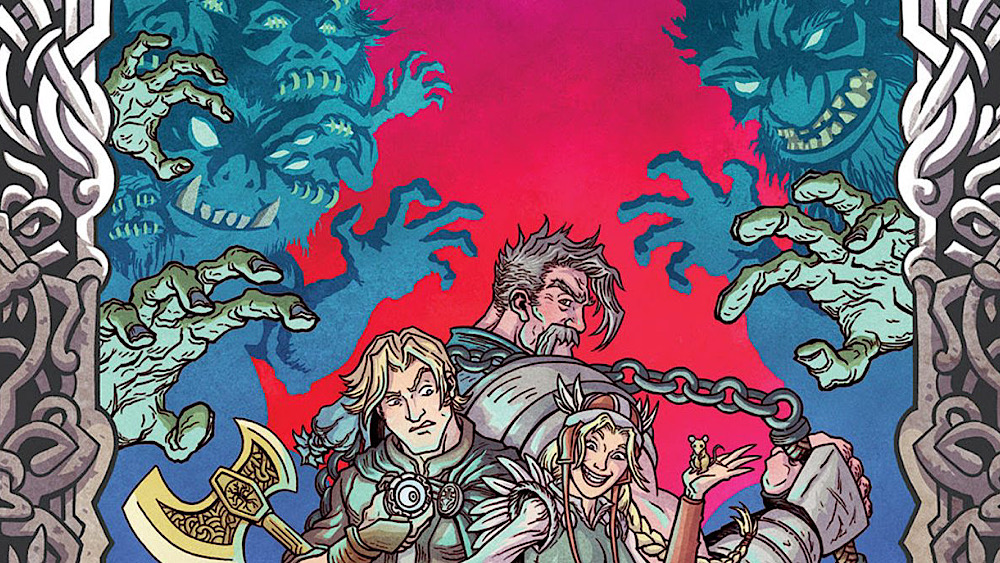 Say what you want about Image Comics, but they have always tried to deliver something different to the comic book market. While the company has evolved a lot throughout the years, that trend has followed suit with their books. They are always trying to spice things up and give creators the freedom that they crave to try new things. The first issue of Beware the Eye of Odin is a fascinating step in that particular direction.

Our main character is a prince that goes by the name of Helgi, who has a mission of taking a powerful artefact known as the Eye back to Mimir, but he only has a month left to live, so he has to make do with what he has. His allies in this quest are a former warrior and now blacksmith called Stigr and a woman known as Kadlin, who may or may not be a Valkyrie, although that is one of the plots of the story as a whole. A common theme between the three is that they are broken characters, Kadlin with the possibility of being a Valkyrie, Stigr with his dark past and It’s thought that Helgi is cursed though it hasn’t been proven in the story yet.

The first issue dwells a lot into what makes these characters tick, who they are and why they are accomplishing this journey, with all the dangers and consequences that can have on their well-being. It is one of the running themes of the comic and one done in a rather clever manner. Although we don’t know a lot about the characters now, by the time this first issue concludes, it is something that we expect to change (or at least likely to change) in the future themes as the story proceeds.

The art is interesting, dynamic and has a lot of details, which adds a lot to the Norse myths that we see unfolding in the story and how it all adds up to tell a very compelling plot in that particular regard. There is a lot to appreciate about Beware the Eye of Odin, and this first issue sets the stage for what may develop into a very compelling read in the coming months.