Where Starships Go to Die #1 Summary 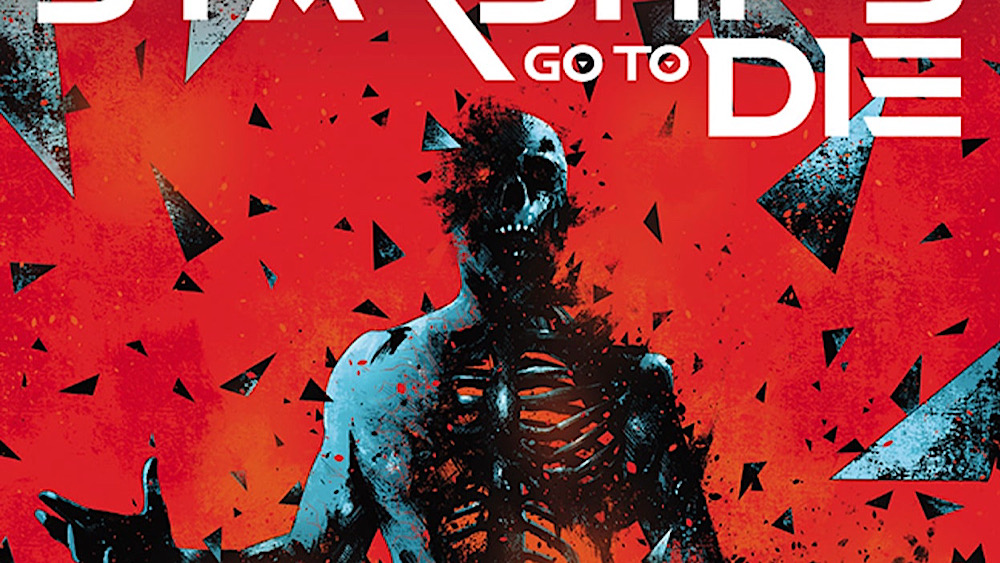 AfterShock Comics might be one of the most underrated comic book companies in the market these days, constantly churning out high quality books and always being professional, consistent and adding a lot of variety to what has been perceived as a very homogeneous industry. And the latest example of this is the first issue of Where Starships Go to Die.

What is this comic book about? We’ll tell you everything you need to know here:

This story takes place fifty years in the future in a version of Earth that has been destroyed by climate change and people are working towards living in space, which is why society is eagerly awaiting replies of their first ever international craft, Daedalus, which is made up of people that come from many different countries.

The main character of the story is a man known as Captain Dlameni, a mysterious African astronaut that was kicked out from the original crew of the Daedalus and who is now in charge of recovering the “underwater spaceship graveyard” known as Point Nemo in the South Pacific Ocean where a lot of people have crashed and burned.

Point Nemo is the location on the planet that is the furthest away from civilization and that plays a big role in the character of Dlameni, who is not given a lot of background and is intentionally maintained as mysterious for the purpose of the story. It is also the place where a lot of government, since it was established in 1971, have been throwing a lot of spaceships, satellites and similar objects which are not meant to survive.

We are also introduced to the character of Kiara, a powerful shipping magnate that invites Dlameni to the expedition that is connected with the necessary salvage of several objects, and who Dlameni thinks could be the descendant of Captain Nemo, which is something to take into account because it is something that has some legs and could potentially have a big role to play in the next couple of issues.

It is a very interesting issue, showcasing a lot of different elements and mixing up a lot of different influences in terms of storytelling, but above all, making a lot of emphasis in worldbuilding and introducing characters that are quite interesting in terms of who they are and their backgrounds, which is something that is going that can be very useful as the story develops.