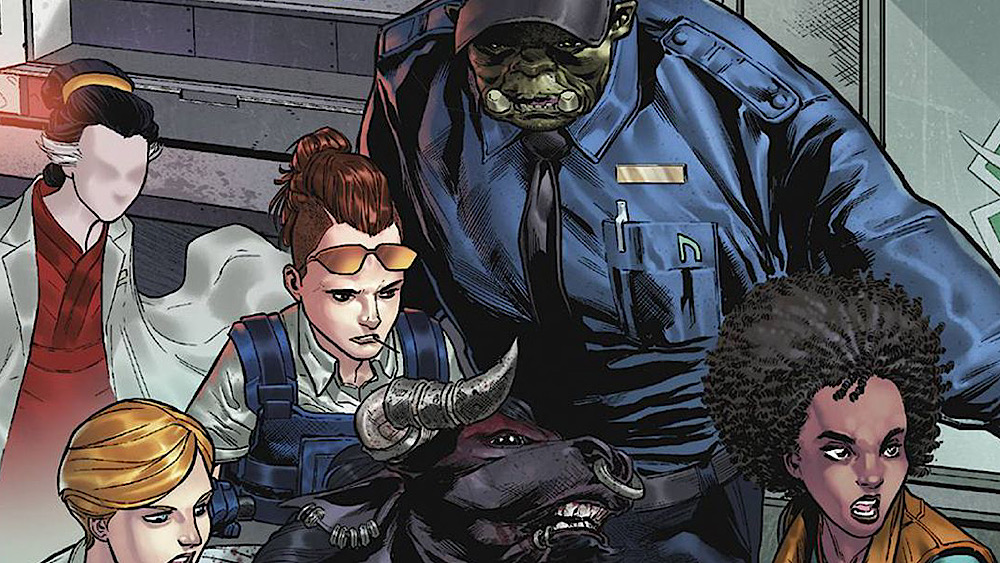 Dark Horse Comics is one of the most important comic book companies of the last thirty years or so and they have constantly pushed the envelope, trying to come up with new and daring ways to entertain their readers, which is something that is certainly pleased by a lot of people all over the world. And their recent comic, the debut issue of The Ward, is another great example of that.

The premise of The Ward is actually quite simple and straightforward: We all know that the emergency room is one of the busiest places in the whole planet at any given time, correct? Well, this comic book goes one step further in that department: What if the patients were not only humans and what if the doctors and nurses in charge not only knew of human biology, but also a lot when it comes to the paranormal?

The story follows the character of Nat Reeves, an officer worker that has a very typical nine to five work schedule, when one of her neighbors, Wilfred, asks her for help as it turns out that there is a young woman in a pool of blood and suffering with a lot of wounds. Nat starts helping the young girl and manages to stop the bleeding as she asks Wilfred to ask for assistance and call an ambulance while she deals with the situation.

But something changes when Nat realizes that this woman is going to need a bit of special help and this is how they are taken to a place called St. Lilith, the only infirmary in the entire planet that is focused on helping people from the paranormal world.

A very interesting concept and one that has a lot of untapped potential for stories, so this comic book is definitely one to look out for.