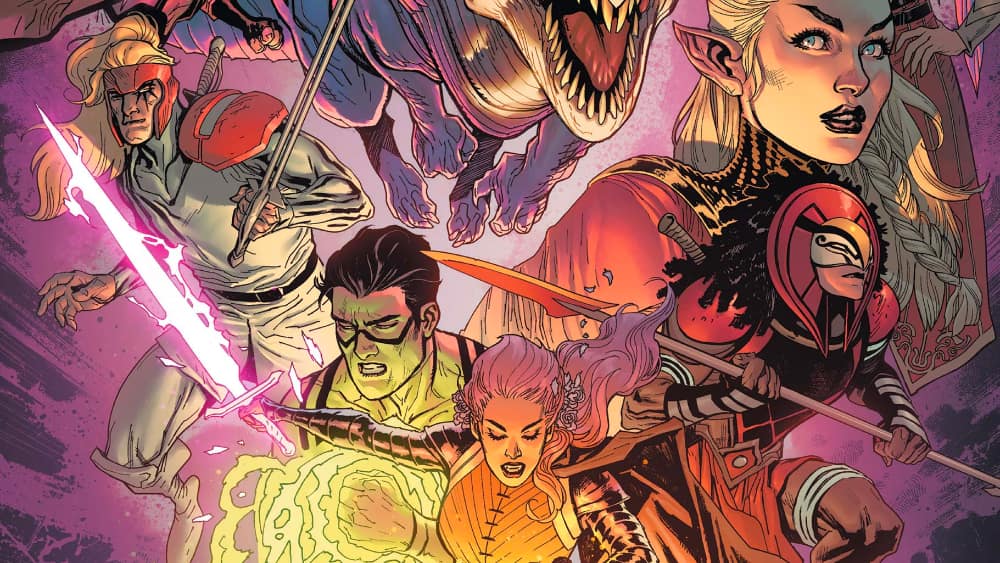 There has been a lot of reshuffling in the X-Men line in the last couple of months. The departure of Jonathan Hickman has proven to be quite significant in terms of the direction they are going for and that has resulted in a lot of interesting decisions, one of them being the change of Tini Howard’s Excalibur into Knights of X. It seems that in spirit it continues to be the same comic, but with some minor tweaks here and there.

One of the most interesting aspects of this comic is how it manages to tell typical X-Men stories, but in a much more fantasy-based situation, which does help to make this issue stand out when compared to what is out there in the current market. If you like the X-Men, but you want something a bit different in the formula, then you may this issue a bit interesting.

The story is actually a classic of the franchise: a young mutant is being chased by robots set to destroy him, but in comes the Knights so they can save him and this kick start the comic as a whole. It is a very simple and yet effective formula that has been extremely successful over the years and Howard’s writing, now with a lot more experience with these characters after Excalibur, does the trick quite well.

There is a lot to unpack in this story, with Howard continuing with what he did in previous issues with Excalibur and this, as a whole, adds a lot of worldbuilding to this first issue, which can be a bit daunting for new readers, but it is definitely a very good read in the sense that you get a lot of story in one issue and that is something that you don’t see these days with comics.

The art by Bob Quinn is definitely one of the biggest selling points of this comic and for good reason: it’s fun, it’s detailed and it is very dynamic, especially when you get to some of the action scenes. He is one of those artists that make the comic worth purchase and he does so with a very fun drawing style–you can tell the guy enjoys drawing comics and it shows in his work.

Overall, a very good first issue for this rebranded comic and hopefully we can continue to enjoy it in the coming months.