Trial of the Amazons #1 Summary 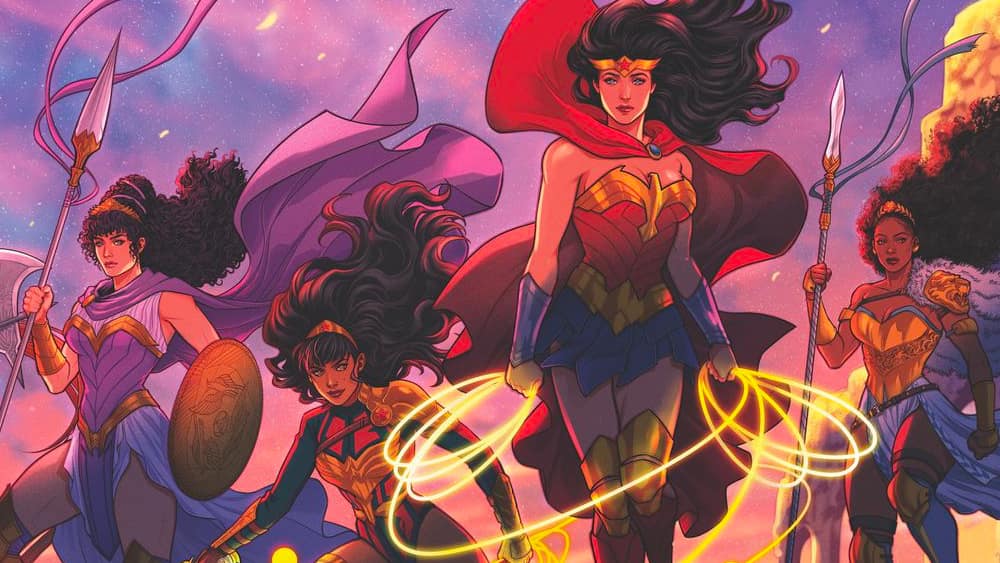 If you’re dying to read a mega-crossover event focused on the wonder woman lore, you’re in luck! Trial of the Amazons #1 brings the best of the Amazons, Wonder Woman, and Wonder Girl narratives for a heavyweight contest at Themyscira.

Doom’s Doorway is now a world-ending threat for the Amazonians and they need a new protector of the portal. Queen Nubia faces the challenge to find the most capable warrior and her plans are bolstered by Yara Flor’s Esquecidas. But they are swiftly challenged by the Bana-Mighdall tribe, led by Queen Faruka. The long-ignored Bana-Mighdall returns to Themyscira to stake their claims and govern the Amazon with an iron fist. Ideologies clash, factions are formed, and combats fuel the tension.

Trial of the Amazons #1 is a narrative-driven story with each dialogue carrying its weight. But Yara Flor’s entrance is definitely exciting and Wonder Woman does some stunts as well! This is a world-building event primed to peak with an out-and-out battle at the Contest! Exciting times ahead!