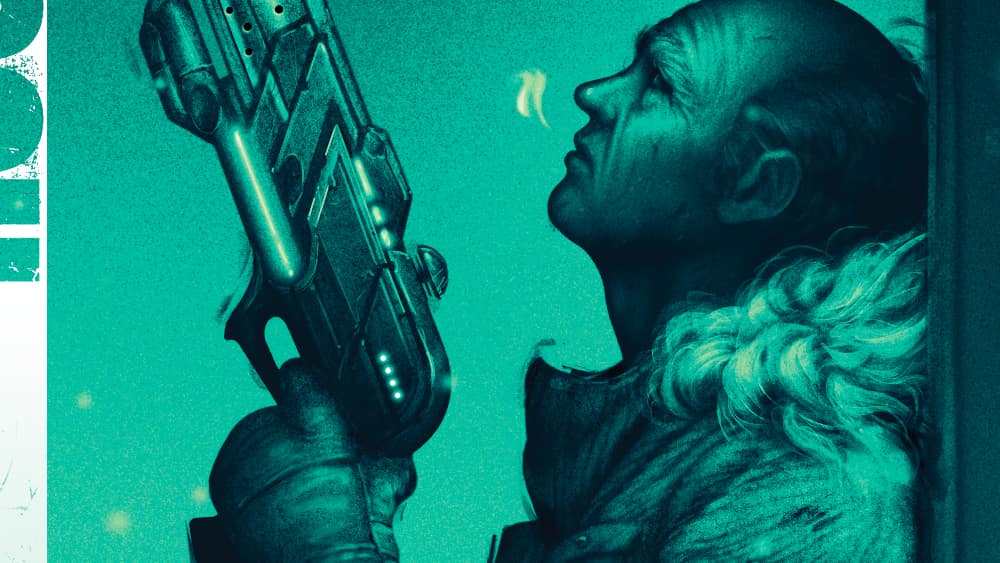 The Rogues are not only one of the Flash’s biggest villains and one of the most important in the Scarlet Speedster’s vast history, but also one of the most charismatic groups of villains in all of comics, so when renowned DC Comics writer Joshua Williamson decided to write a miniseries about these characters for the company’s Black Label imprint (line of comics for mature readers), there was a lot of reason for excitement.

The first issue of Rogues sets up the story quite well: ten years in the future, the Rogues are no more and their leader, Captain Cold (Leonard Snart as a civilian) is working in a factory, which is slowly taking away his spirit. And after a really bad day where unfortunate events happened one after another, Leonard decides to bring back the Rogues and commit one last heist… and he is making sure that that is the greatest heist of their entire lives.

The issue reads itself quite well, the writing is fresh and fun, which par for the course with Williamson, but he adds a certain element of darkness to the story because we are talking about aged up villains and how time has taken a toll on them. But that is also part of the charm of this book: there are almost no references to the Flash and most of the issue is centered around what happened to the Rogues in all these years and the motivation to get the band back together.

The art by Leomacs is quite interesting: it feels fresh and at the same time has a certain vintage element that is quite charming, which I think is trying to appeal to old school readers, but that might be me. There are a lot of dynamics in the art and it is quite pleasing to the eye, which is of course the goal of every penciler in the business.

This is only the first issue, so of course most of what you is aiming to set up the plot and what is going to happen, but I personally think that Williamson has succeeded with flying colors in that regard and it is a very strong comic book issue. Perhaps a bit slow in places, but I think that is simply a minor flaw when you read the entire thing.

Definitely a pleasant surprise in the market and a very nice way to set up a story.