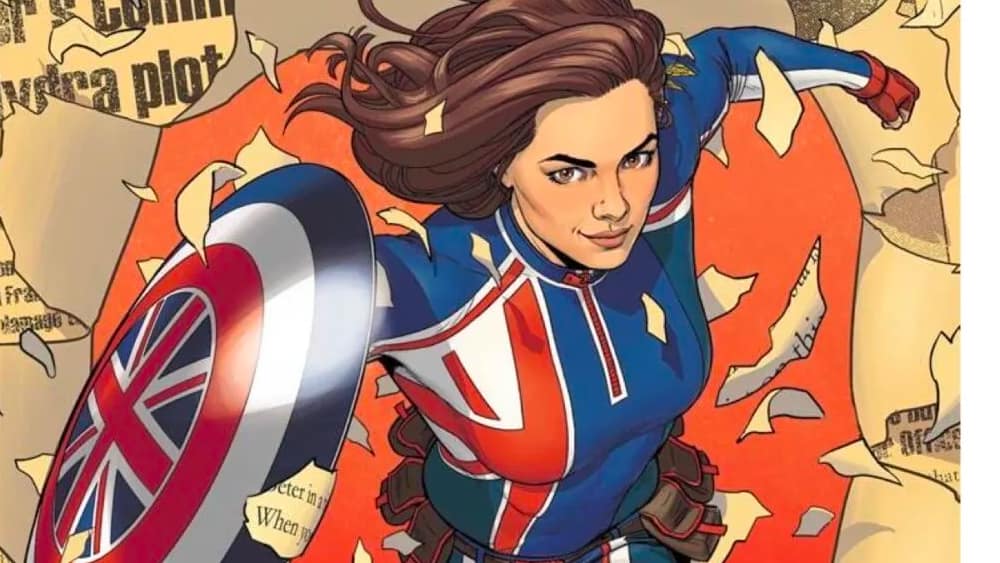 If you’re still obsessed with Peggy Carter’s super-soldier from the What If? series, now’s your chance to read more about her adventures!

Captain Carter #1 gives a faithful albeit formulaic debut to Peggy Carter. The issue opens with three nations fighting over the ownership of Captain Carter until she stamps her authority. This scene sets up the tone, and issues that are explored throughout the issue. Peggy still wears the Union Jack to fight enemies, but she’s not a symbol of a superpower – she’s a character of her own. There’s a powerful scene with the British Prime Minister that establishes Peggy’s autonomy.

Peggy is a delight throughout the issue. She’s curious about the new world, often struggles to make sense of quirks but never verges on the annoying old lady motif. The scene where she visits her family’s burial ground is particularly strong and emotional. Captain Carter #1 features ample actions with Peggy often exploding into her super soldier dynamics but most of the pages are filled to set the world for her.