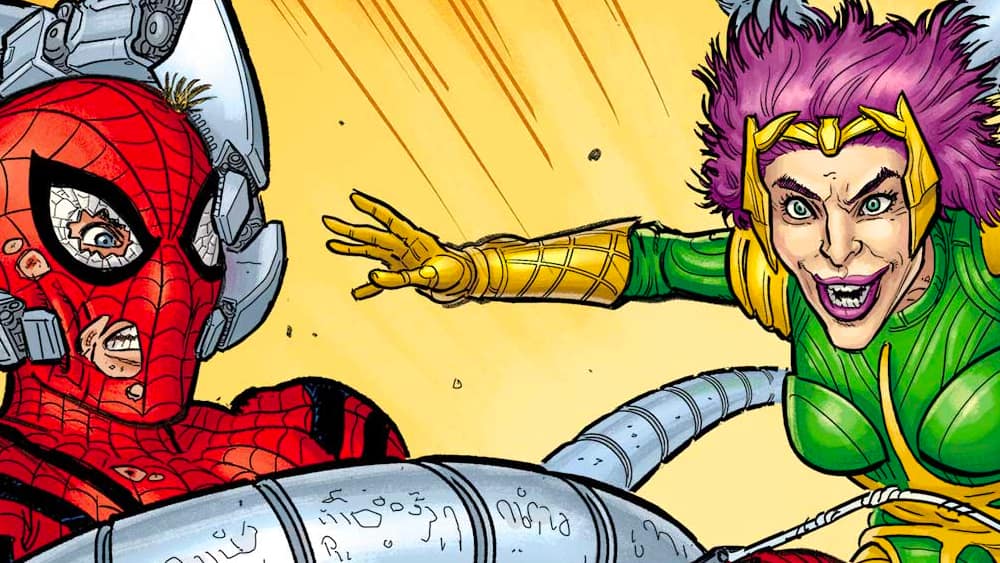 Ben Reilly is a character that has developed a significant fanbase over the years and there are some reasons for that: being a clone of Peter Parker that was first introduced in that messy 90s storyline called The Clone Saga, this character is a bit of a mirror image to Peter (of course, they are clones), only a bit more prone to action and also a nice callback to the early days of Spider-Man’s adventures, which was of course the goal of the writers at the time.

This series has one of those writers back, J. M. DeMatteis, and this series is set in that period of the 90s when Ben was the main Spider-Man and Peter had left New York. And this third issue has Ben facing off against Lady Octopus, Doctor Octopus’ daughter, plus a subplot of our hero trying to discover who is going after him and how the Scorpion managed to attack if apparently was still in the Ravencroft institute.

DeMatteis is a master of the craft and one of the finest Spider-Man writers and he knows that there are moments in storytelling where you can’t hold back and the first couple of pages of this issue are exactly this: full-on action with Ben fighting Lady Octopus while we get some inner monologues that give us a much better context of what our hero is going through and the different struggles he is dealing with as the new Spider-Man.

Regardless of whether you have read the 90s storylines or not, I think DeMatteis’ greatest virtue is that he manages to make this a standalone story and very enjoyable at that. From the get-go we get these monologues that highlight some bits of Ben’s personality as well as the growing resentment that Lady Octopus has towards him because her father loved him so much. It’s fun, it’s exciting and tells you a lot about the characters in very few moments.

The art by David Baldeon is a bit more modern than what you would expect with what could be viewed as a “retro” storyline, but in general terms it looks good and the action scenes are exciting and quite dynamic, which is very important in issues like this one which are action-packed.

Overall, a nice little issue that continues what has been a strong series by Marvel Comics and a nice celebration of a character that definitely deserved a much better treatment than what he got back in the day.