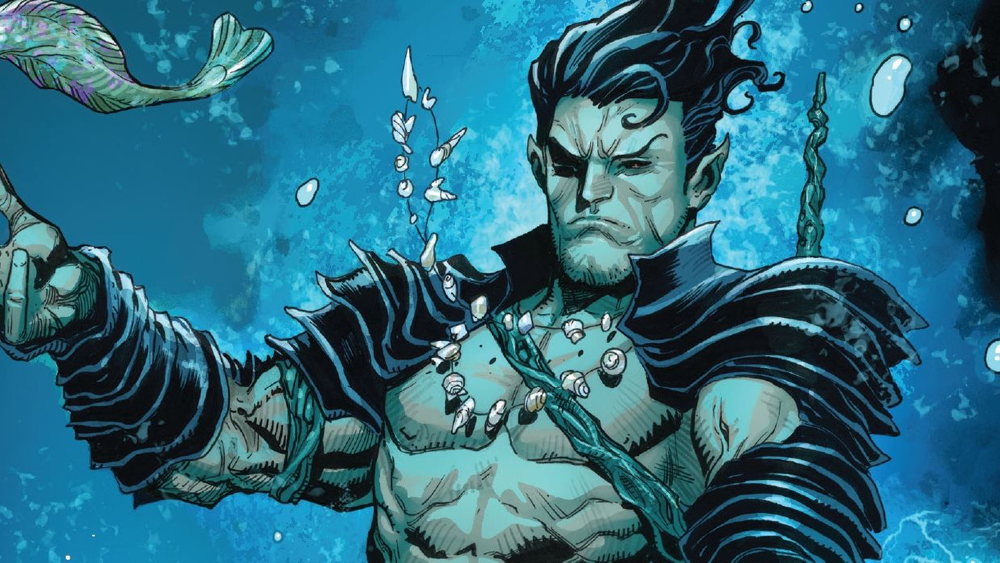 Thanks to the huge success of DC’s Aquaman, Marvel is bringing their own fish man to the big screen. Rumor has it that Mexican actor Tenoch Huerta is going to play Namor the sub-mariner in the MCU. If this indeed comes true, we’ll see Namor facing the Wakandans in Black Panther 2. But you might think, “wait if Namor is similar to Aquaman, isn’t he supposed to be a hero?” The answer is that Namor is both a hero and a villain — it depends on which side you look at him.

Bill Everett brought the Sub-Mariner to life in the 1939 Marvel Comics #1. Namor is a complex character with a rich history. He’s a hero when it comes to fighting the enemies in World War 2 and he’s a villain when he swore to destroy the surface world to save Atlantis.

Namor was born to a human father and an Atlantean mother. When seaman Leonard Mackenzie voyaged into uncharted territories, he came across the Atlantean princess Fen, who was sent to investigate the event. Gradually the two fell in love and Fen gave birth to a boy with hybrid DNA. They named the child Namor, which in Atlantean language means the “avenging son”.  Namor grew up to be a hot-tempered, extremely proud, and aggressive king. The royal Atlantean blood runs through him, but so does the human blood. As a result, Namor exhibits extraordinary powers. His superpowers include extreme strength, durability, and the ability to communicate with the lives under the water. Give him some water to work with and Namor becomes extremely fast, agile, and downright deadly.

But all of these are expected from the king of Atlantis, isn’t it? What sets Namor apart is his mutant abilities. Namor has small wings on his legs, giving him the ability to fly in the air. Many even call Namor the first mutant in Marvel comics.

Everything Namor does stems from his love for Atlantis. Whoever threatens the underwater world, becomes his lifelong enemy. Over the years, Namor has joined the Avengers, and teamed up with other heroes to save the day. But he also partnered with villains like Doctor Doom and Thanos. Namor is more like an antihero and this adds to the complexity of the character — you never know whose side he’s on. The only thing you’ll know is that he’s a proud king ready to do whatever needs to be done for his kingdom.

In all likelihood, Namor is coming to the MCU and he surely makes for a great antagonist. Namor has a history with the Wakandans. Once he flooded the entire Wakanda while controlling the Phoenix force, which turned the two kingdoms into bitter rivals. It would be great to see a formidable character like Namor make a splash on the big screen and if it’s in Black Panther 2, consider us hyped!